Sunday Reviews - Forging of a Knight 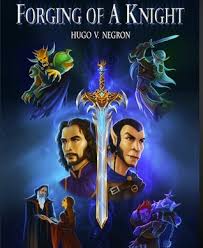 Forging of a Knight

I thoroughly enjoyed Hugo Negron's Forging of a Knight, though it did take me a little bit of time to truly get into the story.

The story follows Qualton, a man wishing to follow in the footsteps of his father as a heroic knight. His father fell in the war against Those That Stand in Shadow, leaving Qualton with only his magic sword and his legacy. On the path to knighthood, Qualton meets up with a half-orc named Glaive(the interactions between the two are brilliantly crafted throughout the book) and faces unimaginable dangers and terrors in his quest for knighthood.

I had some trouble getting into the prologue at first. It initially suffers from the weight of too much detail, the  characters described down to their exact personality traits in a matter of paragraphs. It didn't take long for the action to pick up, though, and pull me into the story.  After the prologue, Negron does away with the excessive, tightly packed detail, the story moving at a brisk pace from the first page of chapter one until the end.

You can tell that a lot of thought and effort went into developing Forging of a Knight's world. The lands, and the creatures that inhabit them, are full of life, bringing a sense of realism to Negron's fantasy world. Qualton and Glaive are incredibly well developed, and I love how the their association causes both characters to grow throughout the story.

If you are a fan of swords and sorcery fantasy, somewhat in the vein of Dragonlance and Forgotten Realms, this is definitely worth checking out whether you're a young adult, or even an adult like me.

Forging of a Knight is available on Amazon and Barnes and Noble.
Find out more about Hugo Negron at:
Facebook
Goodreads
Posted by bbeams32 at 3:49 AM 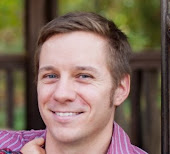